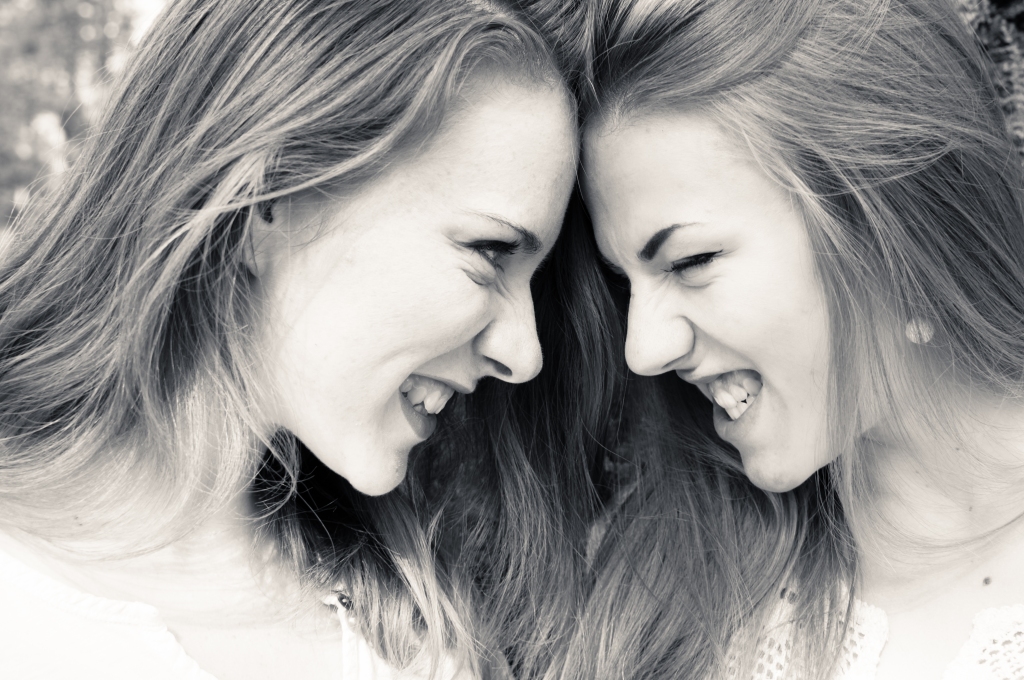 Let’s say that you’ve met this guy and your relationship with him is wonderful fantabulous! I mean, it is as good as it gets. The sex is atom bomb status, the romance is epic Hollywood style, and the connection is neodymium magnetic (it doesn’t get much stronger than that).

You both are in tune with one another’s thoughts and can anticipate each other perfectly. You share everything. Your friends comment about how perfect you guys look together. Both of your families love both of you equally (he even went fishing with your father).  You would literally give up your life to be with this person. That is how serious you are taking it.

You have been friends with this woman since the two of you attended grade school. Rain, sleet, or shine she’s there, supporting you when you need it and being the biggest cheerleader of your life.

And you’ve done the same for her. Like when she got expelled from college for cheating on her exam, you were there. Or the time that she needed to use your connections to find a job, you were there. That’s what girls are supposed to do. They look out for one another.

You’ve begun to notice how whenever you have something to do with your man she’s always putting him down or trying to dissuade you from hooking up with him.

At first you attributed her behavior to a small case of the sour grapes. After all, she is 35 and still single. Who wouldn’t be a little bitter when their best friend finds love and happiness, right?

But it’s not stopping there. The other night, after you clearly told her you were going to be chilling with your man, she popped up at your house! We’re talking 9pm and chilled wine time, people! And not only that, she showed up wearing her skimpiest, Jessie Juggs type of outfit!

What the heck was she thinking? But it’s your girl so you let her in. You can’t be cold to your bestest can you? Now you’re thinking you should’ve been Alaska-type cold with that chick because while you and your man were trying to snuggle, she was asking him about what he did for fun, his interests, and which actress he thought was hot. The nerve! Not only that but you noticed that every time she laughed or tried to get his attention, she just HAD to touch his arm. Actually, it wasn’t really a touch. It was a flirtatious caress. You know, the kind that lets guys know that you’re interested in him? Yeah, that one!

After that night you pulled her aside to have a heart to heart. You told her how you felt and what a surprised, she behaved as though she was offended. Actually she was on her clichéd type response,

“I am shocked and appauled!” Yeah, that one.

Surprisingly she made you seem like you were the one with the issues and completely reversed everything to slam dunk the “guilty” hat on your head.

After that conversation you walked away feeling as though you had done a disservice to your long-standing friendship. Did you?

Now if you haven’t experienced something similar to what I just laid out then odds are pretty strong that you at least know someone in this predicament. Friends are great to have and they are an absolute necessity in life. Show me a person without a friend and I will show you a very sad person. Everyone needs someone. That’s just how it goes.

But sometimes your friends can become selfish monsters. Oh, they don’t mean to be that way. Nobody sets out to steal their best friend’s man or reveal a deep secret to prevent a buddy from connecting with a girl that they themselves hope to get. Hold up….. Wait a minute….. Scratch that…..

They absolutely mean to be that way! I get tired of hearing people elevate their friends to the level of God just because they’ve got years of friendship to support that position.

Given the right circumstances, children will steal from their parents, a lover will cheat on a person they’ve been in a relationship with for 20 years and yes, your friend will violate that friendship if the circumstances are right. It’s a shame that friendships have become things that you need to protect from the very individuals you have the friendship with, but it’s an integrity thing. Checks and balances do play a part.

Back to this situation. What can you do to protect yourself from a hating-ass friend? What can you do to prevent certain situations from escalating and potentially destroying your friendship and your relationship? In short, how can you stop your thirsty girlfriend from flirting with your man? Here are a few suggestions:

“Can you please shut your mouth?”

Nobody wants to hear the weather updates in La-La Land every 5 minutes. Eventually you will build up a sizable amount of animosity.

There are more ways to protect your man and yourself from such aggressive behavior but these recommendations are valid under the assumption that you want to maintain the friendship. You could get really nasty with a few things but if this is a long-term friend, these methods are light and require the least amount of friction.

iThere are no comments

Begin typing your search above and press return to search. Press Esc to cancel.